Vince Gilligan created one of the most beloved TV shows ever with Breaking Bad, which enjoyed a successful run through five seasons from 2008 through 2013. Gilligan and Peter Gould then created a spin-off, Better Call Saul, which premiered in 2015. It was similarly celebrated, and a fifth season premieres in 2020. A third major extension of the Breaking Bad series, the movie El Camino–which focuses on the aftermath of the original series–comes to Netflix on October 11.

Could Gilligan come back to make yet another show or movie based on Breaking Bad? Don’t count on it. Gilligan told Rich Eisen that right now, on the eve of El Camino’s release, he has no intention to make another Breaking Bad show or movie. That being said, Gilligan mentioned that he felt the same way after Breaking Bad ended, but he ultimately decided to make Better Call Saul and El Camino because “you go where your heart takes you.”

Still, Gilligan said he seems pretty sure that he wants to make something “completely different,” outside of the Breaking Bad universe, after El Camino comes out.

“It’s an interesting golden handcuffs that success gives you,” he added. “You want that success to continue, and the safest way–you think–to do that is to keep mining that same vein of ore. Keep telling that same story. But I really figure I better do something new next time around.”

El Camino focuses on Jesse Pinkman (Aaron Paul) in the immediate aftermath of Breaking Bad, while Better Call Saul is centered around how the upstanding and honorable lawyer James McGill became the crooked and twisted legal expert Saul Goodman. Gilligan said he could envision new shows or movies based on every Breaking Bad character because “they’re all tremendous actors.”

That being said, Gilligan said he would rather pursue new, original ideas–and these could reunite him with Breaking Bad cast members if it works out.

“The question is, ‘Do you keep going down to the mine or do you find a new mine or a new patch of ground to start digging in?’ I’d love to work with these actors in other things; non-Breaking Bad, non-Better Call Saul,” he said.

In other news, Gilligan has finally, officially confirmed the fate of Walter White at the end of Breaking Bad.

El Camino premieres October 11 on Netflix (and some theatres in America). The movie had its Hollywood premiere on October 7, so keep checking back with GameSpot for more. 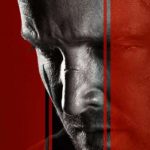