Nintendo is keeping its 2020 lineup close to its vest as we head into the new year, but the company has given us a tantalizing peek at a handful of games on the way to Switch over the next few months. The biggest of these is undoubtedly Animal Crossing: New Horizons, the long-awaited new installment in the beloved life sim series.

New Horizons arrives nearly eight years after the last proper Animal Crossing game, New Leaf, released on 3DS, making it one of the year’s most hotly anticipated titles. We got our first real look at the game during Nintendo’s E3 2019 presentation, and since then, the company has gradually divulged new tidbits about it in the lead up to its March 2020 launch.

To help catch you up on all the details that have been revealed so far, we’ve rounded up everything we know about Animal Crossing: New Horizons below. We’ll continue to update this list as more information is revealed, so check back often for the latest on Nintendo’s new Animal Crossing game.

There are a ton of other great-looking titles lined up for next year. You can see some of the ones the GameSpot staff are most excited for in our Most Anticipated of 2020 hub. You can also catch up on our other end-of-year coverage in our Best of 2019 hub.

While it was long speculated that Nintendo was secretly working on a new Animal Crossing game, the next entry in the series wouldn’t be officially announced until the company’s September 2018 Direct presentation. After revealing that Isabelle was joining Super Smash Bros. Ultimate as a playable fighter, Nintendo confirmed that a new Animal Crossing game was in development for Switch, although it shared no other details about it beyond a vague 2019 release window.

It would be another nine months before we heard more about the title. Nintendo waited until E3 2019 to finally share the first trailer for its new Animal Crossing game–now officially christened Animal Crossing: New Horizons. The video, which you can watch above, offered our first glimpse at how Animal Crossing’s familiar, laid-back gameplay would be translated to Switch. More interestingly, it also revealed this entry’s unique premise: rather than starting your domestic adventure by moving into a pre-existing town, as in every previous Animal Crossing game, New Horizons drops you on a deserted island and lets you build your own village from the ground up.

Animal Crossing: New Horizons was originally slated to release for Switch in 2019; however, at this year’s E3, Nintendo confirmed that the game had been delayed by a few months and would now launch worldwide on March 20, 2020. According to the company, the reason for this delay was in part to ensure the development team maintains a healthy work-life balance–an important issue in the industry today, as many other studios have recently come under scrutiny for their excessive “crunch” practices.

“For us, one of our key tenets is that we bring smiles to people’s faces, and we talk about that all the time. It’s our vision. Or our mission, I should say. For us, that applies to our own employees,” Nintendo of America president Doug Bowser told IGN. “We need to make sure that our employees have good work-life balance. One of those examples is, we will not bring a game to market before it’s ready. We just talked about one example [New Horizons’ delay]. It’s really important that we have that balance in our world.”

At its core, New Horizons is very much a traditional Animal Crossing game, so your day-to-day experience will revolve primarily around interacting with neighbors and performing other familiar activities such as fishing, catching insects, discovering fossils, and decorating your home. However, the game builds on this foundation by incorporating some elements from the series’ mobile spin-off, Animal Crossing: Pocket Camp. In particular, you can now collect different materials like tree branches and stones and fashion those into tools and furniture at Tom Nook’s workbench. One new type of tool you can craft is a pole, which allows you to vault over the river and reach the other side more quickly.

New Horizons introduces a few other new elements to the series as well, many of which are facilitated by the NookPhone, a smartphone-like device that you receive shortly after settling down on your island. With the NookPhone, you can look up crafting recipes, invite a friend to play alongside you, access the game’s photo mode, and track your Nook Miles–points you accrue by completing certain tasks, such as picking weeds, learning new recipes, and more. These Nook Miles can be redeemed for special recipes and other in-game items.

New Horizons also makes a swathe of quality-of-life improvements. While furniture could previously only be placed inside your house, you can now lay it down outside as well for some exterior decorating. The game, blessedly, also gives you the ability to dictate where your animal neighbors live. According to game director Aya Kyogoku, before a new villager moves in, they’ll first check with you about the spot they’ve chosen; if you disapprove, you can select a new spot for their house.

Other welcome tweaks that Nintendo has confirmed: you can shovel up an entire tree and replant it elsewhere rather than having to chop it down; you’ll be able to freely select your character’s skin tone, hairstyle, and facial features, and can swap between the different options at any point in the game; and you can move furniture in half-units, as you can in Happy Home Designer.

Which Characters Will Return?

Thus far, the only familiar characters we’ve seen in New Horizons are Tom Nook and his nephews, Timmy and Tommy, who will play a more pivotal role than they did in New Leaf. This time, the Nooks will run your island’s resident services building, providing a place for you to purchase and craft furniture, tools, and other island necessities. We’ve also gotten quick glimpses at a handful of fan-favorite villagers who’ll be returning in the game, including Angus, Fuchsia, and Goldie.

Beyond that, however, we don’t yet know what other recurring characters will show up in New Horizons or what role they’ll serve. Isabelle in particular has been conspicuously absent from any footage Nintendo has shared of the game, but director Aya Kyogoku teases that she may make an appearance. “One thing that I could definitely say about Isabelle is that as the island develops a little more and it needs a little bit more support, then Isabelle might see some sort of use on the island,” Kyogoku said.

Another character that has been mentioned is the ever-irritable Mr. Resetti. In previous games, Mr. Resetti would pop up and berate players if they shut off the game without saving, but as New Horizons takes advantage of Switch’s auto-save feature, Resetti’s role has been made redundant. However, this doesn’t mean he won’t appear in a different capacity. “We also believe that Mr. Resetti is looking for a new job after his layoff. So please look forward to that,” Kyogoku told Mashable.

Like a handful of other Switch games, it appears Animal Crossing: New Horizons will not support cloud saves. Producer Higashi Nogami confirmed to French outlet Gamekult (via US Gamer) that the title will not allow players to back up their save data to the cloud in order to prevent them from manipulating time within the game and cheating. Previous entries in the series have similarly disallowed players from backing up their save files, so this isn’t entirely surprising, and it is hardly the only Switch title with this restriction.

Like previous Animal Crossing games, New Horizons allows you to invite other players to visit your town. One island can host up to four players locally and up to eight in online sessions. However, you’ll need to have a Nintendo Switch Online subscription to take advantage of these online features. Memberships for the service run for $4 USD for one month, $8 USD for three months, $20 USD for 12 months, and $35 USD for an annual family plan.

In addition to local and online multiplayer, New Horizons also supports couch co-op. Using the Call Islander option in your NookPhone, you can summon another player who has a house on your island and play together by passing them one of your Joy-Cons. Director Aya Kyogoku demonstrated this feature during Nintendo’s E3 2019 Treehouse livestream (above) by playing alongside producer Higashi Nogami. During these co-op sessions, the lead player is denoted by a flag over their head. The camera will only follow this player, but you can swap who the leader is at any time while playing.

While no pre-order bonuses have been announced yet, you can already reserve a copy of Animal Crossing: New Horizons at several retailers, including Amazon and GameStop. You can learn more in our New Horizons pre-order guide. 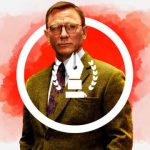