Starfield, the new sci-fi game from Bethesda Game Studios, is among the most hotly anticipated games to be revealed at E3. We don’t yet know when it will be released, but it’s no guarantee that you’ll ever get to play it on your current-gen console.

GameSpot spoke to Bethesda Game Studios’ creative director Todd Howard during the show and asked him about the possibility of Starfield skipping the PS4 and Xbox One. He indicated that Bethesda won’t compromise on its vision just to get the game to work on those consoles, and leaving them behind in favour of newer hardware is “not out of the question.”

However, he added that a definitive decision on platforms hasn’t been made yet. “I’m gonna be honest, I don’t know the answer to that yet,” he said. “I can’t absolutely say yes to [leaving current generation console behind]. We’re not going to limit the game that way yet. I’m willing to [leave current generation consoles behind] but it’s not a priority right now. I’d put it that way.

“When you’re making a game, you want to get the best stuff on the screen, and then you optimize and you do things and if it lands here, we can cast a wider net, great. But if we can’t … we’ve done that before.”

Bethesda Game Studios, the developer of Fallout and Elder Scrolls, shared numerous details about Fallout 76 during its E3 press conference, but arguably more intriguing were the announcements regarding several of its long-term projects. Alongside The Elder Scrolls VI, Bethesda confirmed it’s at work on Starfield. This marks the first new IP from the company in 25 years, and one that Howard has said has been in development for several years now. It’s something that had been rumored for quite a while, as Bethesda parent company registered a trademark for the name Starfield way back in 2013.

During the conference, a cinematic trailer for the game was shown. We see a shot of space with a distant star’s light outlining a planet. From there, the camera moves to show a space station that then looks as if it gets sucked into a black hole. Bethesda’s announcement made no mention of a release date or specific platforms, but it seems clear that it may still be some time before we get your hands on it. 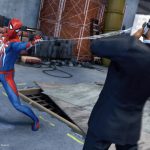