During its E3 2018 Direct, Nintendo announced that all the characters to ever appear in a Smash Bros. game will appear in Super Smash Bros. Ultimate. That includes, of course, Metal Gear Solid’s Snake, and now we’ve learned David Hayter, who has voiced Snake in most Metal Gear games, will be stepping into the role once again.

In an interview with Gameinformer, Nintendo localization manager Nate Bihldorff said Hayter would be providing Snake’s voice. Hayter himself then confirmed the announcement on Twitter.

David Hayter was the voice of Solid Snake in the original Metal Gear, and has played the role in several of the game’s sequels and prequels too. He also provided the voice of Snake in 2008’s Super Smash Bros. Brawl for the Wii.

Super Smash Bros. Ultimate will continue the series’ brawler legacy when it releases on December 7, 2018, but many characters will undergo some mechanical changes and balances, some significant, some minor. For example, Link’s bombs will now be remotely detonated. Generally speaking, all Final Smash moves will have more immediate effects–those who previously had long-lasting transformations like Bowser and Little Mac will have harder hitting versions, but they won’t last as long. Check out our full list of all the characters in Super Smash Bros. Ultimate.

E3 2018: Bethesda’s Starfield Game May Not Release On Current-Gen Consoles 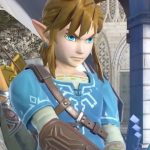