Just before football season kicks off, you can count on a new Madden game to roll through. This year, we’re getting Madden NFL 20 along with a number of new features and gameplay tweaks, and you can get your hands on the game a bit early through its upcoming closed beta test. It’ll run from June 14 12 PM ET to June 16 at midnight ET, which covers the weekend after E3 2019, but only for a select few folks.

EA has outlined how to get into the closed beta. Those who attend EA Play have a chance to get a beta code at the Madden booth on-site. Between June 10 and June 14, EA will give out codes via stream/social media and you’ll have to follow the official Madden Twitch or Twitter account (@EAMaddenNFL). Developers will also participate in giving codes away via MUTHEAD (Madden Ultimate Team) and Reddit. EA says to check your email associated with your EA account for additional chances to get beta codes, especially those who competed in the Madden Championship Series.

The closed beta is for PlayStation 4 and Xbox One users, and codes are redeemable through each platforms normal process. The closed beta will not include the new Face of the Franchise or MUT modes, but will let you play normal games as either the Chiefs, Rams, Patriots, or Saints.

Be sure to check out all the other news and announcements that came out of EA Play for E3 2019, including an extended look at Star Wars: Jedi Fallen Order gameplay and the new character coming to Apex Legends named Wattson. 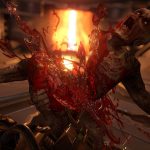 Doom Eternal Is A “Fantasy Combat Puzzle”, But What Does That Mean?