Unlike previous entries in the Fallout franchise, this November’s Fallout 76 is a multiplayer-focused, always-online game. Bethesda plans to release free DLC to keep people coming back as part of the game’s larger games-as-a-service model. But how long will the game last? According to Bethesda marketing executive … until the end of time.

“Forever,” he told Metro when asked how long he envisions Fallout 76 lasting. “I’m not being ironic. Like, forever.”

Part of the reason Hines said he believes this is possible is because other Bethesda games like Fallout 4 and Skyrim have remained incredibly popular years after launch, and those titles didn’t have as much of an online focus as Fallout 76.

“Other people have said, ‘Is your timeline [for Fallout 76] two years or five years?’ And I said, ‘Well, they’re still playing Morrowind and you go online and look at how many people are playing Fallout 4 and Skyrim,” Hines said. “Those games have been out for four and seven years, and there are literally hundreds of thousands of people playing those games every single day, every single month.”

He added: “So Fallout 76, our timeline is in perpetuity.”

While Hines said he believes Fallout 76 will have an incredibly long tail, he said he doesn’t know for sure what the future content will look like. How future content shapes up will depend on how the community reacts.

“Part of our thing is we need to get people in the game and see how they respond,” he said. “We’ve even taken this approach for past DLC. I don’t know if you remember Fallout 3? The big consumer reaction when we launched that game was that they were all upset that it had an ending. And we were like, ‘All the previous games had an ending! We thought we were sticking to what that franchise is…’ But they didn’t want an ending and we had a couple of DLCs in the works but the third one we did we were like, ‘Well, we need a DLC that removes the ending of the game and allows you to continue on.’ So 76 is going to be like that. We have some ideas for this and that, but let’s see what people want more of. Let’s see what they respond to and support that.”

Fallout 76 launches in November for PlayStation 4, Xbox One, and PC; the beta begins in October, and it’ll be available first on Xbox One. Alongside the Power Armor edition, Microsoft will bundle the game with a white Xbox One X. 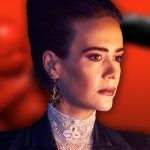