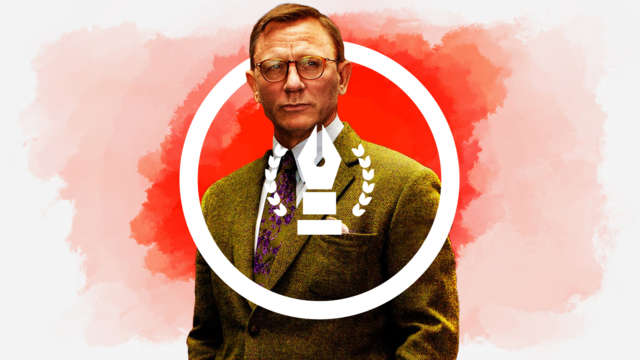 The entertainment team at GameSpot recognized a wide variety of entertainment, from the best anime and wrestlers of 2019 to the top streaming services, performances, and more. But sometimes the existing categories aren’t enough for everything GameSpot’s editors want to highlight. That’s where the GameSpot entertainment team’s editor’s choice awards come in.

Scroll down for our highlights, then check out the best and worst reviewed movies of 2019. And if you’re looking ahead to 2020, check out our looks at the Biggest Movies, TV shows, and anime to watch next year. 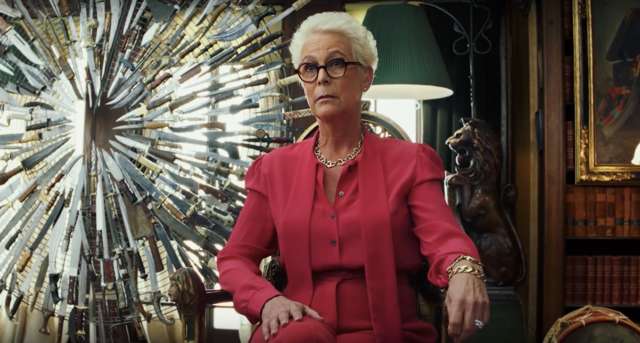 Rian Johnson’s Knives Out proved beyond a shadow of a doubt that, however you felt about The Last Jedi, its problems did not stem from director Rian Johnson. I’ve enjoyed all of Johnson’s movies up until now, with his ill-regarded Star Wars movie constituting the lone blemish on the filmmaker’s record. Knives Out proves the exception, as it’s a thoughtful, complex, hilarious, impeccably cast murder mystery that cements Rian Johnson as a great filmmaker.

Knives Out is a classic murder-mystery-mansion story–the type of movie Clue satirized over 30 years ago. It’s also a deconstruction of that genre, asking why we always seem to suspect the butler or the maid, and not just “whodunit?” And thanks to key performances from the likes of Chris Evans, Jamie Lee Curtis, Daniel Craig, and, especially, Ana de Armas, Knives Out sticks the landing hard on its ultimate message: that in a world where justice and truth actually matter, it’s still important to try to be a good person. In 2019, that’s a message we needed. – Mike Rougeau

Undone is not only my favorite TV show of 2019, it’s my favorite piece of media this year. This beautifully animated series mixes science fiction, the supernatural, and a murder mystery to tell the story of a young woman named Alma (Rose Salazar) who is dealing with depression, anxiety, and suicidal thoughts. The rotoscope animation style allows Undone to take viewers into the world as Alma sees it during this strange time in her life, following a near-fatal car accident.

As she questions her own sanity when her late father (Bob Odenkirk) begins appearing to her, Alma begins to realize she exists outside of normal space and time and works to discover how to use that to her advantage. It’s an interesting and often heartbreaking approach to a story that, at its heart, is an exploration of mental health and how easy it is to feel disconnected from those you love simply because they don’t understand you. This is a rare gem of a series that can explore these heavy topics, while remaining entertaining and–at times–lighthearted. That it’s capped off with an award-worthy performance by Salazar is all the more reason Undone deserves your attention. – Chris E. Hayner 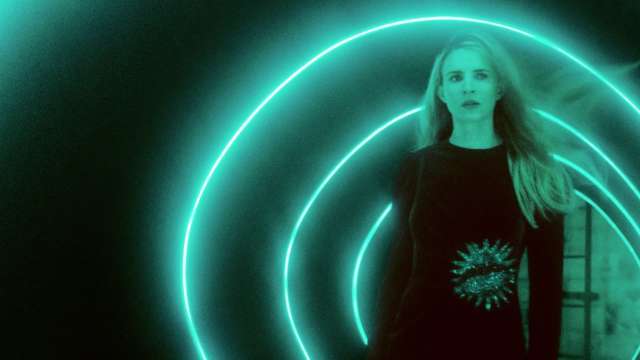 The mind-bending sci-fi series The OA was the sort of show that never played by the rules, and fans of Season 1 had to wait nearly three years for the second batch of episodes. Thankfully the wait was fully rewarded. Creators Brit Marling and Zal Batmanglij delivered an incredible season that, while following directly on from the events of Season 1, was very much its own thing. It continues the story of Prairie Johnson (Marling) after she escapes from insane scientist “Hap” Percy, but it also introduced a gripping thriller subplot, as a detective hunts for a missing girl in San Francisco.

There are parallel dimensions, supernatural houses, sanity-consuming video games, dancing robots, and psychic octopuses, and it takes several episodes for the pieces of the puzzle to start to fall into place. But viewer patience is rewarded by some absolutely gripping sci-fi and moving emotional drama–and the ending has to be seen to be believed. The OA was canceled by Netflix soon after it was released, so there won’t be a third season. But as disappointing as it is, we should be glad we got such an ambitious and unique show in the first place. – Dan Auty

OK, he may not be a movie or a TV show exactly, but listen: Bill Hader had a fantastic year in 2019 and we all need to acknowledge that. Between Barry Season 2 and It Chapter 2, Hader displayed some of the most gut-wrenching, tear-jerking range on both big and small screens–and he did it all with his trademark charm and humor. Though It Chapter 2 may have been, all told, kind of a disappointment as a whole, Hader’s performance as Richie Tozier alone elevated what may have otherwise been a wash into an engaging, thoughtful, and heartbreaking story of love and loss, elevating even the classic source material to something entirely new–and igniting a fervent fan community where artists and writers are now making the otherwise mediocre movie into something all their own. Meanwhile, with Barry, Hader only solidified what many of his diehard fans have known for years: He’s not someone to be underestimated in any area, be it comedy, action, or drama. In a year populated by letdowns, bummers, and major disappointments, Bill Hader was like a shining beacon of reliable, rewatchable light. – Meg Downey

5. This is Wrestling: The Joey Ryan Story

Wrestling is admittedly weird. While WWE tends to dominate the spotlight, a documentary about an independent wrestler wound up being one of my favorite movies of the year: This is Wrestling: The Joey Ryan Story. Following the titular independent wrestler–who had a video that went viral in 2015 of his signature and infamous move the Dick Flip–This is Wrestling is a love letter to the sport.

It shows how wrestling is just more than muscle-men and women rolling around in the ring. There is a side to this unreal sport that brings nothing but laughter and joy to the audience, and Ryan has become a master at the balancing act between comedy and athleticism. Sure, he flips people with his dick, but he’s also really good at actual wrestling, with a well-defined character you love to hate or hate to love. Sadly, This is Wrestling has not been released on home video or digitally, and the only way you could have seen it was to attend one of the showings the movie had throughout the year. And that’s the only real problem with this movie. Who knew a movie about a wrestler with a powerful penis could be one of the most joyful documentaries of the year? – Mat Elfring

6. Always Be My Maybe

Ali Wong and Randall Park proved that they are a comedic force to be reckoned with as the screenwriters and stars of the Netflix original film Always Be My Maybe. It’s not only my favorite comedy of this year, but perhaps the best romantic comedy of this decade. Wong and Park play famous chef Sasha Tran and struggling musician Marcus Kim, two childhood sweethearts who have a falling out and reconnect 16 years later. Wong and Park are incredibly charming to watch, delivering solid comedic performances and electric chemistry together on screen. The dialogue is smart, self-aware, refreshing, never too cheesy, and full of side-splitting quips that you may miss on your first viewing from laughing too hard. Adding to the hilarity is a scene-stealing cameo from Keanu Reeves, who plays an over-the-top version of himself and is a must-watch for any Keanu fan.

Aside from the brilliant screenplay and notable performances, something truly special about the film is how it accurately captures Asian-American culture. Marcus’s Korean-American family and Sasha’s Vietnamese-American family feel like real, complex and relatable characters, not mere exaggerations or stereotypes of their cultures. This film isn’t focused on Asian identity–it feels like a movie about two American kids growing up in the San Francisco Bay Area who just happen to be Asian. As an Asian-American myself, it’s incredibly satisfying to watch and feel represented. But regardless of the viewer’s background or culture, Always Be My Maybe is a solid and powerful comedy that leans into classic rom-com tropes and masterfully shapes them into something special. I hope that Wong and Park team up to write many more movies. – Chastity Vicencio

The Avengers might be the heroes making headlines as they smash box office records but it’s Noah Hawley’s Legion that should take top billing this year as the most creative and mind-bending storytelling in the Marvel universe. The third season of the ambitious FX series wrapped up David Haller’s (Dan Stevens) weird and uncanny tale beautifully. Unlike those Avengers, Legion actually got time travel right. And visually, you won’t find a more arresting show on TV. The production design and direction have pushed the series into a league of its own.

Legion’s final season introduced us to some new faces, like the mutant Switch, played by Lauren Tsai, pursuing a Matrix-like adventure through time. Of course David’s father, Professor X, also made his long-awaited debut on the series. Harry Lloyd, best known as that Targaryen who died by golden crown in Game of Thrones’ first season, was tasked with bringing the iconic X-Men character to life. His performance was beautiful and subtle, portraying a man haunted by his past decisions.

Legion’s creators, like the show itself, have been thinking outside the box. Or maybe there isn’t any box at all. Instead of a magical hammer or a photon blast, Legion used dance-offs and rap battles as the good and bad guys clashed. The final season didn’t erase David’s mistakes, or try to make you forget about them. It magnified his fall into darkness and gave us perspective on all those damaged in his orbit, particularly his Rachel Keller’s Syd Barrett. By the end of the series, we returned back to where we started. It’s both an ending and a beginning. Who knows if we’ll see Legion again, but what we saw was well worth the trip. – Ryan Peterson 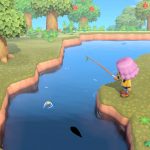 Animal Crossing: New Horizons – Release Date, Trailers, And Everything We Know So Far