As part of GameStop’s latest earnings report today, the retailer said overall software sales dropped year-over-year, but there was one nice positive: The Legend of Zelda: Breath of the Wild.

During a call with investors, management revealed that it sold more than one copy of the game’s Switch version for every Switch console it sold.

“The bright spot within software was that we sold more than one copy of the Switch version of Zelda for every Switch console we sold, indicating that consumers are coming to GameStop for additional games and accessories,” the company explained.

For lots more on GameStop’s latest earnings report, check out the stories below. 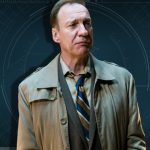