Nintendo had a busy year, dropping a bunch of new entries in its fan-favorite franchises–including Pokemon Sword and Shield, Super Mario Maker 2, and Luigi’s Mansion 3. And while it’s not a sequel to Breath of the Wild or another mainline Zelda game, Nintendo also released The Legend of Zelda: Link’s Awakening, a remake of the classic Game Boy adventure game. With Black Friday 2019 finally upon us, we’ve rounded up all the available deals to help you get Link’s Awakening at its best price this holiday season.

What’s fascinating about Link’s Awakening on Switch is that it’s a full remake of the original, accurately recreating locations, dungeons, and boss battles with a new visual style. This game not only offers a nostalgic revisit for long-time fans, but it’s also a stellar way for recent newcomers to experience one of the series’ finest entries. The Zelda remake earned an impressive 8/10 in GameSpot’s Link’s Awakening review.

“If you haven’t touched a classic Zelda game in a while, Link’s Awakening will almost instantly transport you back to the ’90s,” wrote Peter Brown. “It’s simple, in many ways, but the orchestrated journey still conveys a sense of adventure, and this new version is without question the best way to experience it. And more than anything else, it will put a smile on your face. Remakes are a dime a dozen nowadays and often easy to overlook. Don’t make that mistake with Link’s Awakening.”

As a first-party Switch game that released just a few months ago, Link’s Awakening deals are still few and far between. That said, you can still find the game for little over $10 off its original launch price of $60. The best deal is currently at Ebay, where you can get a brand-new copy with free shipping for $47. You’ll find similar deals at Walmart and Rakuten.

To coincide with the release of Link’s Awakening on Switch, Nintendo also released a new Amiibo modeled after Link’s appearance in-game–and it’s downright adorable. This iteration of Link can be a bit hard to find online, but you can currently find it for $16 at GameStop. For comparison, it’s a whopping $31 at Amazon.

While North America saw the release of the Dreamer’s Edition of Link’s Awakening, international consumers were able to purchase a limited-edition bundle for the game. Featuring a steel case modeled after the original Game Boy along with a 120-page art book, this bundle is a bit flashier than the Dreamer’s Edition, and many fans were disappointed it never officially released in North America. However, that doesn’t mean you can’t import it. Currently, Amazon has the Limited Edition for sale for $133. While this is the international edition of the game, it’s region-free and will run on US Switch units.

Best Black Friday Game Deals Under $15 For PS4, Xbox One 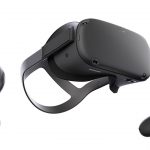