The recent Overwatch charity campaign that let players purchase a pink skin for Mercy was a huge success. Sales of this skin, along with a special t-shirt, raised $12.7 million for the Breast Cancer Research Foundation, the organisation announced today.

According to the BCRF, $12.7 million is the single largest donation by a corporate partner in the organisation’s 25-year history.

According to the BCRF, the funds will help with “prevention strategies, improved treatments, survivorship, and quality of life for breast cancer patients worldwide.”

As part of the charity campaign, Blizzard also teamed up with more than two dozen popular Overwatch streamers; these people alone helped bring in $130,000 for the campaign, which ran for two weeks.

Blizzard CEO Mike Morhaime said the BCRF does “critical work” daily to help and support women’s health. “I’m grateful to all of the Overwatch players around the world who made supporting such a good cause possible with their enthusiasm for the game and their generosity,” he said.

The pink Mercy in-game skin sold for $15, while the t-shirt went for $30. There was some amount of controversy over the in-game skin, but Blizzard quickly confirmed that it was making no money at all from the cosmetic item.

In other Overwatch news, the game’s newest hero, Wrecking Ball, is now available on the game’s PTR. You can learn more about the 28th Hero in the trailer above. 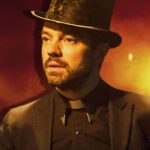 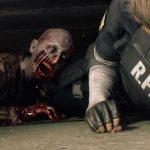 Resident Evil 2 Remake: Release Date, New Features, And Everything We Know (So Far)