Psychonauts 2 will not release in 2019 as planned. Developer Double Fine, which was recently acquired by Microsoft, has announced that the adventure game is shifting to 2020.

The news was announced in a post to Fig, the crowdfunding website where the game raised $3.9 million in funding back in 2016. In the post, Double Fine said the delay–while it’s tough–is the right thing to do to make Psychonauts 2 a better game.

“We’re now targeting next year for release. We know it’s always disappointing when you have to wait a bit longer, but we also know that you are an amazing, supportive bunch, who–just like us –want the game to be as good as possible. So we’re hopeful you’ll understand,” Double Fine said.

Double Fine also confirmed in the blog post that, despite being bought by Microsoft, the studio will still honor Psychonauts 2’s release on every promised platform. That means the game will still come to PlayStation 4; it’s also coming to Xbox One and PC.

While you have to wait until 2020 to play Psychonauts 2, Double Fine’s next game–the 3D action rogue-like game called Rad–will release on August 20 for console and PC. That game is published by Bandai Namco. 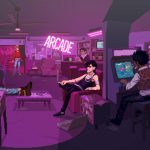