Stranger Things Season 3 premiered on the 4th of July and a lot of people watched. The streaming network announced on Twitter that the show is “breaking records.”

.@Stranger_Things 3 is breaking Netflix records!
40.7 million household accounts have been watching the show since its July 4 global launch — more than any other film or series in its first four days. And 18.2 million have already finished the entire season.

Stranger Things Season 3 is pacing well ahead of some of the other most popular Netflix shows. 45 million homes worldwide watched Umbrella Academy during its first month, while Sex Education and You were pacing toward 40 million household views over their first months, according to The Hollywood Reporter.

For lots more on Stranger Things 3 and what’s to come, check out the story below (but beware, it contains spoilers!) 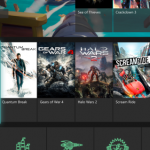 Xbox One July Update Out Now, Here’s What It Does
Destiny 2 – Bad Juju Other Side Exotic Mission | Extended Gameplay