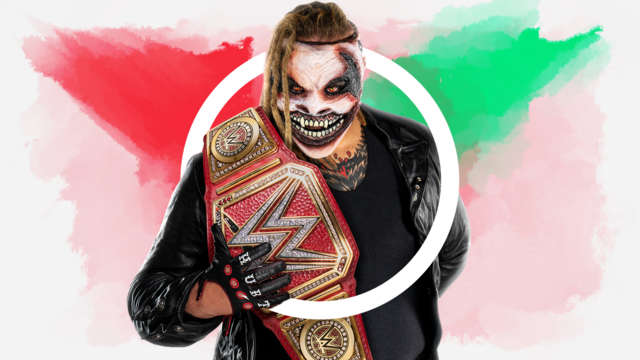 It was a big year for wrestling in 2019. The newest national promotion All Elite Wrestling launched, WWE’s NXT brand began airing on the USA Network, Smackdown moved to Fox, and Raw continued to be a very long show. It’s a new golden era for wrestling, as there are more ways to watch these prime-time players, along with other promotions like Ring of Honor, New Japan, and more.

However, this truly was a huge year for WWE and AEW, as the Wednesday Night Wars between NXT and TNT’s Dynamite began. Both of these shows, along with WWE’s blue and red brands gave us amazing moments for the year, made wrestling a crowded yet very exciting space, filled with outstanding performers.

GameSpot is taking a look at the 10 best wrestlers for 2019. From their matches in the ring to their storylines to their promos and segments, these performers went above and beyond in the past year. But who stole our hearts and imaginations this year? Find out by scrolling down to see the cream of the crop for 2019.

For a better look into entertainment for 2019, make sure to check out the best and worst reviewed movies of 2019. And if you’re looking ahead to 2020, check out our looks at the Biggest Movies, TV shows, and Anime to watch next year. 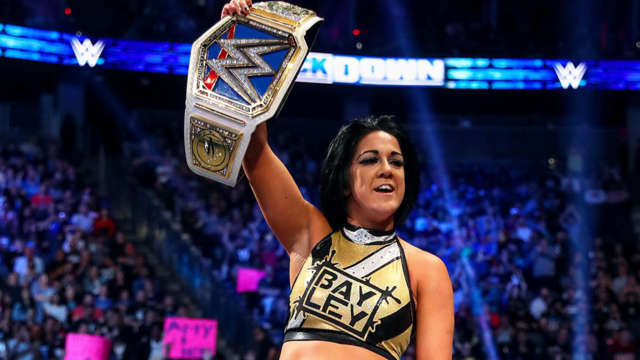 In 2019, Bayley finally did what a lot of fans were hoping for: she broke bad. She beat the hell out of Becky Lynch with a steel chair. She cut her hair. And most notably, she took a sharp instrument to the wacky waving “Bayley Buddies,” causing at least one young fan to burst into tears. She wears a fixed scowl of contempt when she comes to the ring, and she fights with intensity; Bayley is now the Smackdown Women’s Champion. Never underestimate the true power of the dark side. – Kevin Wong 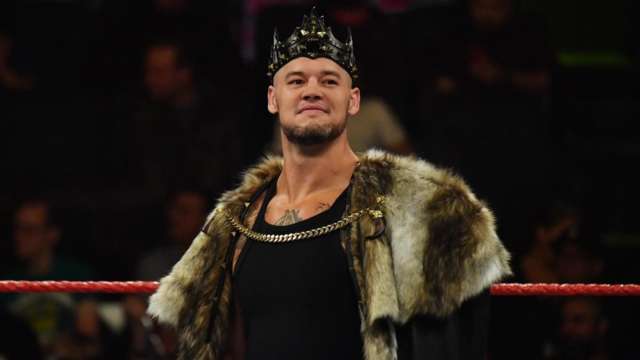 In 2019, Corbin finally found his footing as the King of the Ring–after years of middling gimmicks–by playing a smirking bully decked out in Winterfell-esque furs. The best thing about Corbin is that he’s not a charismatic heel; he’s a heel’s heel that fans truly dislike, the type of guy that fans want to see decked in the face. And he continues to have an arsenal of power moves that look impressive. From his “Deep Six” spinning slam to his “End of Days” facebuster, Corbin’s moves are perfect for David and Goliath confrontations–only in Corbin’s case, Goliath emerges victorious. – Kevin Wong 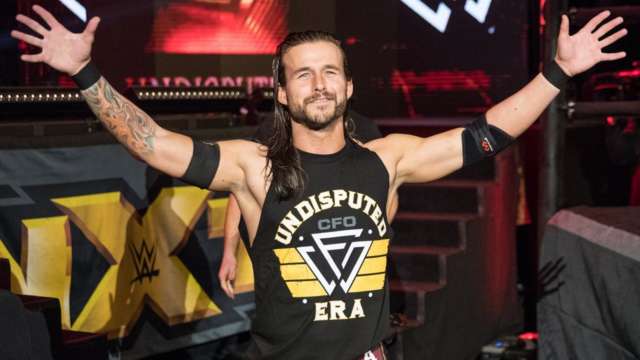 What a year it’s been for Adam Cole (Bay Bay). After winning the NXT Championship in June, Cole and his Undisputed Era faction have loomed large over NXT and now control all of the brand’s gold. Throughout that time, and the year before it, Cole was delivering some of the best matches and feuds in NXT and hasn’t slowed down a step. He’s consistently one of the most entertaining players in all of WWE, a terrific face of the NXT brand, and is definitely going to be a major player in the company for years to come. Boom. – Chris E. Hayner 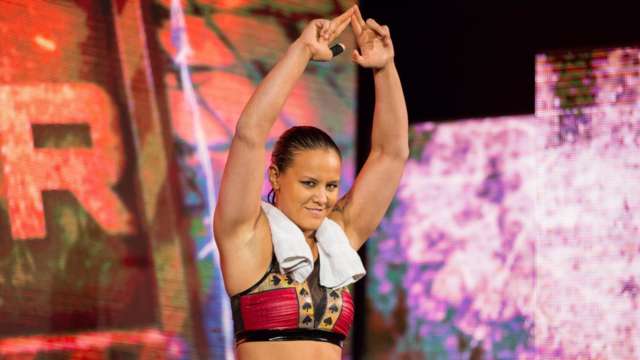 As far as female wrestlers go, there is no one more terrifying than Shayna Baszler. The NXT Women’s Champion continued to dominate the competition in 2019, and her title reign lasted over a year, which doesn’t happen often. On the December 18 episode of NXT, she faced Rhea Ripley for the title. While Baszler may have lost, the match itself was an instant classic. But she elevated her status in WWE by beating both Bayley and Becky Lynch in a triple threat match at Survivor Series. Her brutal, MMA-heavy, malicious in-ring style makes her a unique standout amongst the women–even when compared to other former MMA fighters like Ronda Rousey and Sonya Deville. Baszler will have an even bigger year in 2020 with WWE. – Mat Elfring 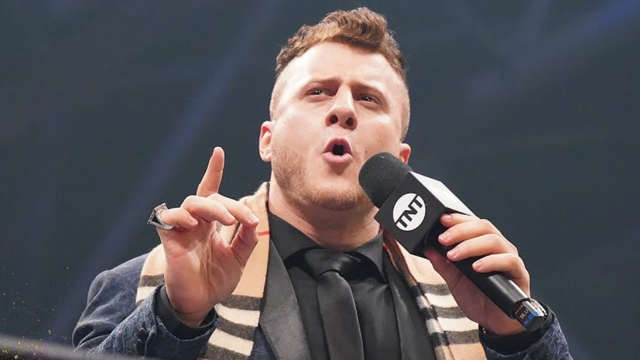 No one in wrestling is a better heel than MJF, and 2019 was a huge year for him. His inclusion in AEW rocketed him to stardom after numerous segments where he belittled wrestling fans and attacked them on Twitter. His friendship and betrayal of Cody Rhodes–including throwing in the towel for Rhodes during his AEW Championship match–was one of the most interesting stories on Dynamite throughout the first few months of the weekly series. With MJF’s mic and wrestling skills, he has a ton of potential, and he’s using it wisely. – Mat Elfring 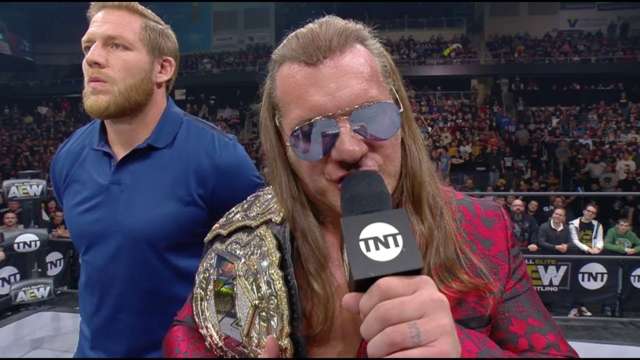 This year saw an evolution for Chris Jericho–a wrestler known for his characters in WCW, WWE, and now AEW. Jericho became the first AEW Champion and dubbed himself “Le Champion.” He formed a stable called The Inner Circle, and together with that group, hosted a Thanksgiving celebration that was one of the most entertaining moments in AEW thus far. Jericho has accomplished so much in so little time in this new wrestling promotion. – Mat Elfring 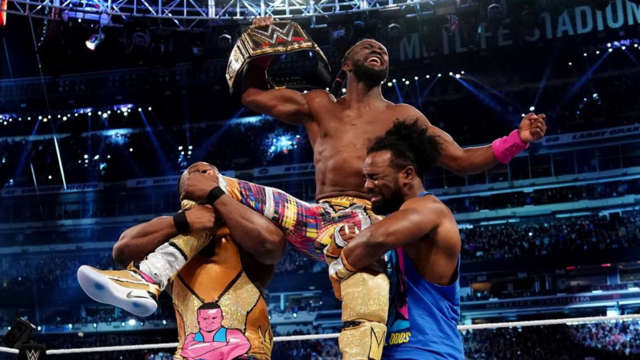 After a decade-long WWE career, Kofi Kingston had never been WWE Champion. But that changed at Wrestlemania this year, when he defeated Daniel Bryan, cleanly in the center of the ring, to win the WWE Championship. The ensuing months were essentially a victory march for the underrated superstar, as he took on all comers, and dispensed of each one with a fantastic match. The highlight feud was between Kingston and Randy Orton. Both performers made reference to a real-life incident in 2010, when Kofi got confused in the ring during a match against Orton. Pinning Orton at Clash of Champions brought Kofi’s story full circle. – Kevin Wong 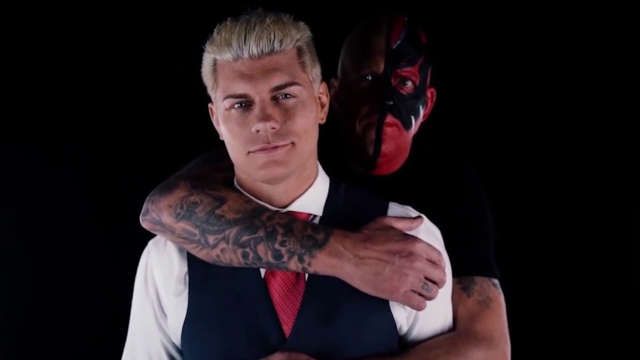 When Cody Rhodes left the WWE, we very quickly found out how high he could soar. Working together with Kenny Omega, Brandi Rhodes, and Matt and Nick Jackson, these wrestlers created a revolution in wrestling with their new promotion All Elite Wrestling. While that may be enough to make him one of the most important wrestlers of 2019, Cody didn’t stop there. He had one of AEW’s best matches to date when he faced his brother Dustin Rhodes, AKA WWE’s Goldust. It was a bloody, brutal, and yet surprisingly emotional match that happened at AEW’s inaugural PPV, Double or Nothing. While he may be in charge of the new wrestling promotion, he’s obviously one of the company’s biggest draws. This past year showed everyone that when he’s not saddled with a weird gimmick and left to his own devices, Cody can soar as a performer. – Mat Elfring 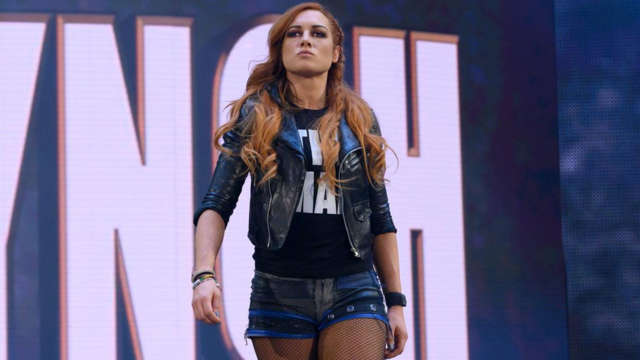 Becky started 2019 by winning the Royal Rumble on a kayfabe-injured knee. Her Cinderella story as “The Man” of WWE climaxed with her triple threat match at WrestleMania against Charlotte Flair and Ronda Rousey. She became both the Raw and Smackdown women’s champion, handing Rousey her first WWE loss by pinfall in the process. And then, Lynch faced a different dilemma: How do you avoid the backlash? She buckled down and put on some quality matches, demonstrating that she was more substance than hype. Her recent feud against Sasha Banks was the definite standout of a stellar year. – Kevin Wong 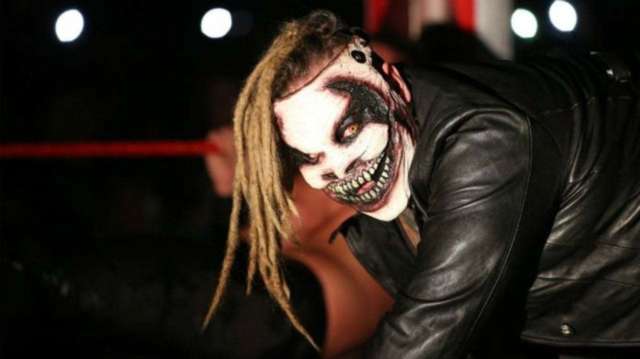 When Bray Wyatt first debuted his new gimmick–a Mr. Rogers-esque, unhinged kid’s show host–people didn’t know what to think. Was this a joke? Was this career suicide? Was this new and subversive? But as the weeks went on and the character became more fleshed out–revealing himself to be a split-personality psychopath–things got even more interesting. It all climaxed at Summerslam, when the Fiend debuted and defeated Finn Balor wearing a customized Tom Savini mask. Fast forward a few months later, and Wyatt is now the WWE Universal Champion. Long may he reign. -Kevin Wong 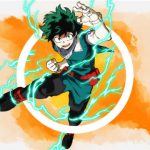 The Best Anime Of 2019
The Witcher’s Henry Cavill Would Rather Play Total War: Warhammer 2 Right Now