As was made clear from the first teasers and trailers for The Outer Worlds, it is a game where megacorporations are taking over planets throughout space. As such, the game appears to have something to say about capitalism and power. And now, co-director Leonard Boyarsky has come forward to talk about how the game doesn’t aim to be “politically charged.”

The game is more about how power is used against people who don’t have it rather than acting as a critique of capitalism. “It can be insidious; the way which people control the stories you tell about the world. If you let other people control that narrative, then they can control you to a certain degree. That can be any form of government: if it wasn’t capitalism it could be something else,” he said.

Boyarsky added that development on The Outer Worlds began in April 2016, which was before “things happened [in world politics]” that “nobody expected.” He didn’t mention any specific events but you can read into what he’s saying.

He and other members of the development team grew up during the “onslaught of consumer culture.” As such, the developers are familiar with those events and will use the game to “poke fun at it,” Boyarsky said.

Boyarsky said the team at Obsidian has been “very careful” about how it tells its story about power imbalances, just Boyarsky did with the 2001 RPG Arcanum that dealt with racial issues. Overall, Obsidian’s aim with The Outer Worlds is to tell a story and write characters that look at “all aspects of issues.”

“The last thing we want to do is make a game that people feel is lecturing them,” Boyarsky said.

The game is coming to Xbox One and PlayStation 4, as well as PC where it’s exclusive to the Epic Games Store for a period of time. It’ll come to Steam sometime in 2020. Like all of Microsoft’s other games, it’ll be playable at no extra charge for Xbox Game Pass subscribers. 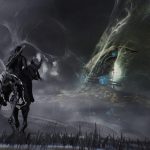