With Netflix’s The Witcher getting a second season, actor Henry Cavill may be busy busting through Geralt of Rivia’s leather. But the superstar actor has admitted in a new interview that he would much rather be playing video games right now–particularly, 2017 turn-based strategy tactics game Total War: Warhammer 2.

In speaking to GQ magazine, Cavil confirmed his love of gaming as a means to escape his ever-growing popularity. “At home, I get to sit playing games for ridiculous amounts of hours and escape there,” Cavill said. “Because going outside has the opposite effect.” To date, Cavill has played Warhammer 2 a total of six times with six different races and “[loves] it each time.”

Warhammer 2 isn’t the only game Cavill is fond of. The actor, who’s currently playing Geralt of Rivia in Netflix’s The Witcher, said CD Projekt Red’s The Witcher 3: Wild Hunt is a title he is two-and-a-half times to completion. CDPR’s interpretation also happened to be Cavill’s “first involved experience [with The Witcher franchise]” and one of the pieces that prompted him to chase Netflix’s adaptation. In addition to Warhammer 2 and The Witcher 3, Cavill spoke about Delta Force and Half-Life as being among his gaming loves.

The Witcher’s complete first season is now available to stream on Netflix. The adaptation, however, is getting slammed by critics for its confusing timelines and cliched fantasy tropes. We scored the series a 4/10 in our The Witcher review, saying, “If you’re utterly devoted to the world of The Witcher, you’ll certainly enjoy the familiar aesthetic and characters, but beyond that, this series is hard to recommend.” 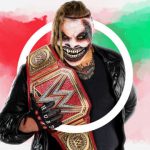 The Best Performances Of 2019