Game of Thrones Season 8, Episode 5, “The Bells,” featured a shocking twist–and now the key sequence has been edited by a fan with Metallica’s “For Whom The Bell Tolls” over it.

In the episode, Daenerys decides to torch King’s Landing, even after the city surrendered. The move shocked fans, as the once merciful leader descended into her new role as the Mad Queen. The sequence was horrifying. King’s Landing burned by the dragon Drogon, with its innocent inhabitants screaming for their lives and bloodshed abounding. It was terrifying.

Now, Reddit has set the storming of King’s Landing to Metallica’s classic song “For Whom The Bell Tolls,” and it works surprisingly well. Besides matching up with the title of the episode, For Whom The Bell Tolls already feels like a battle song with its heavy, building riffs that culminate in a soundtrack that seems fitting for the death and destruction in the show.

The line, “Take a look to the sky just before you die / it’s the last time you will” also has particular resonance and impact. Have a look:

“The Bells” set a new ratings record for Game of Thrones with 18.4 million viewers. The episode was divisive, and for more, you can check out GameSpot’s review of Game of Thrones: “The Bells.”

For more on the latest episode of Game of Thrones, check out our look at 5 new Game of Thrones Season 8 theories from Episode 5, 15 Easter Eggs and references you might have missed, and the meaning of Dany’s dragon command. 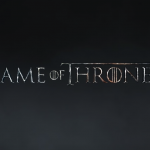