This might be the first episode of New Releases containing zero full-priced games, so your wallet won’t hurt as much if you decide to pick up a few of this week’s big games.

Trine 3 took the series into a full 3D world, but the fourth game is a return to 2.5D form. Pontius the Knight, Amadeus the Wizard, and Zoya the Thief are back, each with new skill trees full of special abilities. You’ll have to use them all to solve puzzles, fight bosses, and complete each stage. You can play through them solo or with friends in co-op.

This is the home version of the arcade cult classic, where two teams compete for victory in one of three ways. You can win by collecting enough berries, riding the snail to the goal, or killing the enemy queen enough times. For the first time, you can take the competition online.

October has more video games on the way. Next week, New Releases will take a look at The Witcher 3 and Overwatch on Switch, plus the return of an old favorite with Plants vs. Zombies: Battle for Neighborville. 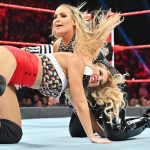