Warframe, which is one of the most popular free-to-play games on PC, is coming to Nintendo Switch on November 20, it was announced today. The game is already immensely popular, with 38 million players worldwide, and it’ll grow bigger still when it comes to Switch.

The space-ninja action game Warframe launched back in 2013 on PC to middling reviews, and has since been released for PS4 and Xbox One. The game has been something of a comeback story, as developer Digital Extremes has continued to improve and expand on the game. This has helped the game create a passionate and dedicated playerbase.

The Switch edition was worked on Panic Button, a studio that also brought Wolfenstein 2, Doom, and Rocket League to Nintendo’s hybrid console.

The release date announced for Warframe on Switch came as part of the Nintendo Direct. You can catch up on all the big news here in GameSpot’s roundup. 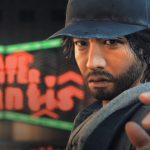