In battle royale games, winning is a pretty big deal. The very nature of the shooter genre puts extreme emphasis on victory because it’s so hard to come by. It requires being the last one standing of an often-huge number of players or teams, and it’s possible to go a long time–maybe forever–without winning one of these tough matches. So the fact that winning in battle royale games is often kind of boring is pretty strange.

Apex Legends, Respawn Entertainment’s Titanfall-linked squad shooter, is only the latest game to suffer from dull wins. Surviving skirmishes with 19 other three-player teams earns you a big “Champion” sprawled across your screen, and other players see your squad’s names and characters, but there’s really not much else. You might get a little recognition later, if you’re designated top-ranked champion squad in the next match, but Apex Legends’ minor celebration for a hard-fought victory right now leaves something to be desired.

It’s weird that battle royale games don’t make a bigger deal of victory, really. Fortnite has learned that lesson a bit, adding confetti effects and music to the celebration at the end of a match, but there’s still not an especially high degree of fanfare. By contrast, PlayerUnknown’s Battlegrounds, which could be credited with popularizing the whole BR trend, more or less made a gag out of how dull its wins are with the “Winner Winner Chicken Dinner” note that appears in the corner of the victor’s screen. The game makes so little deal out of winning that you might almost think you actually lost. It’s certainly not much of an ego boost after fighting like mad to survive.

But Apex Legends brings a level of shooter polish and pedigree to battle royale that it hasn’t really had up to now. The win screen is another place where Respawn could differentiate itself from PUBG, Fortnite, and others in the genre.

And since so much effort is put into teamwork, it also makes sense to put a greater emphasis on recognizing a team’s accomplishments in working together–not just in racking up kills. Right now, with kills and damage being two of the main stats portrayed during wins, it’s very easy to look like the member of a team who was getting carried, even though there’s often a lot more to a victory than getting the final shot on opponents. Apex Legends does track other stats, and you can show them off by unlocking trackers for your character’s banner that show, say, how many revives you notched over time. But that information is general and spread out over your career, rather than being reflective of your contribution in your last match.

Giving a winning team more things to congratulate each other about helps incentivize teams to stay and work together. And showing other players the impressive stuff a winning team does, even if that’s not gunning down opponents, can help encourage them to jump into more games, even if their talents aren’t in becoming the next kill leader.

Consider Overwatch by comparison. The team-based shooter’s influence on Apex Legends is obvious, with the focus on individual characters, team dynamics, and some of its in-game fanfare. But Overwatch leans into its post-match celebrations. Its Play of the Game video that grabs a key moment from the just-finished match is one of its best features, and something that made a big splash when Blizzard’s shooter arrived on the scene. And end-of-match readouts don’t just focus on who had the most kills, but show a variety of top stats. Making wins feel good and teamwork feel like it’s worth it are two things Overwatch does extremely well.

Play of the Game footage might be untenable for Apex Legends (grabbing footage from 60 players in every match is a lot for servers to handle, one assumes), but the things Overwatch does at the end of its matches are at least in the right headspace. The emphasis of much of Respawn’s game is on making players feel like victorious gladiators in a giant sport, and most of its mechanics are about encouraging smart teamwork. Spicing up those victory moments is right in line with what Respawn is already trying to do, and highlighting more ways that squads contribute to one another is only going to make chasing those wins feel all the better. 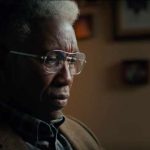