Last week at E3 2017, Nintendo and Microsoft surprised many fans by announcing that Rocket League and Minecraft would be cross-play compatible between Nintendo Switch, Xbox One, and PC players. We’ve already heard a lot from Xbox boss Phil Spencer about why this functionality is possible, and today we got Nintendo’s side of the story.

In an interview with GamesBeat, Nintendo of America corporate communications director Charlie Scibetta explained the thinking behind allowing Switch players to play with other consoles. According to him, the company views the situation as what is best for players–and that there’s not much downside to it. Further, he stated that it’s an example of a new effort on the part of Nintendo to be less rigid and restrictive.

“I’m really happy just as a gamer, let alone working for the company, that [cross play is] going to be possible,” he said. “We’re trying to be more flexible as a company. We’re reaching out to try and get people to interact with our IP. In this case Rocket League is [developer Psyonix’s] IP on our system, but we’re trying to get people involved with us in any way we can.”

“We want people to have a good time,” he continued. “In the case of Rocket League… we said, let’s make that happen. It’s really not more complex than that. Every game is different. Some games are great for multiplayer, some are better as a single-player experience, some are better in all kinds of situations for all kinds of games. Rocket League works best with cross platform play. Let’s make it happen.”

Rocket League was announced for Switch at E3 2017 and it’ll launch this holiday season. Minecraft, meanwhile, is getting a huge update that’ll unify the game on all its platforms–except PS4. You can read more about why Sony isn’t supporting cross-play here. 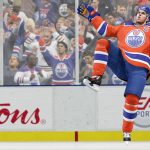