Rocket League will change how upgrades and rewards work next month when Crates are replaced by Blueprints. Paid Crates are on their way out, and Blueprints will use a new premium currency, Credits (which are replacing Keys). Blueprints will let you see exactly what they’re going to build, so it’s always clear what you’re getting for your money. This will take some of the randomness out of the loot game in Rocket League.

Developer Psyonix has further detailed how Blueprints will work in a new post on the official Rocket League website. Once the update hits, online matches will begin to reward players with “revealed” Blueprints. You can build the items on these Blueprints by spending Credits, hold onto them for a while, or trade them with another player. Any existing Crates that you have in your inventory when this update occurs will change to “unrevealed” Blueprints, which you can then change to revealed Blueprints at no extra cost.

Any Decryptors you have in your inventory will be turned into “Bonus Gifts” after the update. These will contain items from the Vindicator Crate series and the first Blueprint Series, which is called the Revival Series. The Revival Series will “bring back some fan-favorite items throughout Rocket League’s history.”

2019 has been a big year for Rocket League, despite the game being over four years old now. Earlier this year, Psyonix was bought by Epic Games, which saw Rocket League moving over to the Epic Games Store (although it’s also still available on Steam). Paid Crates were also removed from the game in both Belgium and the Netherlands; soon the rest of the world will follow. 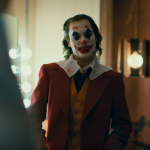