SUPERHOT studio has announced ‘SUPERHOT Presents’, a new fund aimed at helping independent developers make and release small, unusual games. According to the announcement, the team wanted to assist in the creation of other people’s games, and to start off with they’ve signed on to assist with two games that are nothing like their own output. The games in question are the Frog Detective series, developed by Grace Bruxner and her new studio Worm Club, and Knuckle Sandwich, developed by Andrew Brophy. Both games are being developed in Australia.

So far one game has been released in the Frog Detective series, ‘The Haunted Island’. SUPERHOT studio has this to say of the game: “It’s simple. It’s perfect. We love how wholesome and warm and funny it is, we enjoy the game, we like the team, so we offered to help.” The trailer, below, should give you some idea of the game’s tone. A sequel, Frog Detective 2: The Case of the Invisible Wizard, is currently in the works.

Knuckle Sandwich is developer Andrew Brophy’s RPG “about a boy looking for work in a new city,” styled after old Game Boy Advance titles. It’s a weird, distinctive title, and it features both a missing persons mystery and a cult, according to its Steam page. The game is, according to Brophy, reaching the final stages of development, although a release date has not yet been set.

SUPERHOT is not becoming a publisher, but instead wants to help indie developers who “just need some finishing (or starting) funds,” along with some mentoring and advice. Assistance will be offered by the four “businessy types” SUPERHOT studio currently employs, alongside the funds offered.

SUPERHOT studios is more famous for the game that the studio was named after. In his 8/10 review of the game back in 2016, Peter Brown praised the game’s storytelling: “while the core gameplay didn’t evolve drastically, the story that drives it did, taking me along for a ride that I never saw coming. 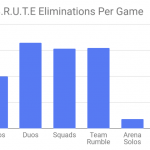