This Black Friday, Oculus is at the forefront of some of the most exciting virtual reality advancements, and with Valve announcing Half-Life: Alyx, which the company has confirmed is compatible with Oculus’s headsets, it’s only getting better. Oculus has also announced some Black Friday deals for each of its VR headsets. The Oculus Quest gets a bundled game, while the Oculus Rift S and Oculus Go VR headsets see discounts. Yes, if you’ve been waiting to jump into VR, then Black Friday 2019 might be your best opportunity yet. And don’t forget to check out the best Black Friday VR deals.

The official Oculus Quest Black Friday deal isn’t much, but it’s a good starter pack. Until January 31, it comes with the headset, the latest Oculus Touch controllers, and all three episodes of its Star Wars VR series, Vader Immortal. You’ll need to activate your Oculus Quest within 30 days of your purchase to get Vader Immortal for free, with March 2 being the last possible day to redeem the offer.

While the Quest doesn’t receive a special price, Oculus is discounting the rest of its VR headsets for Black Friday. Until December 2, the Oculus Rift S and both versions of the Oculus Go will be discounted by $50.

Facebook also plans to discount its Portal devices, which are touchscreen displays that let you video call your friends and family, display photos, and control your smart home with built-in Alexa support, in addition to a lot more. The Portal, Portal Mini, and Portal TV are all discounted by $50, while the Portal Plus sees a price cut of $30. You can see the full list of deals below.

Oculus is bundling all three episodes of its Star Wars VR series, Vader Immortal, with every purchase of the Oculus Quest headset until January 31. The Oculus Quest is an all-in-one, completely cord-free VR headset–no PC required–that comes with 64 GB or 128 GB of storage. There’s no discount, but you save $30 getting the Star Wars VR series for free. On top of that, Vader Immortal is a great way for Star Wars fans to experience virtual reality.

Oculus Rift S is the latest revision of Oculus’s PC VR headset. You’ll need a PC with the hardware specs to run the VR headset and its software, but everything else comes with the package, including the Touch controllers.

The Oculus Go is a completely portable headset that’s better used for movies, shows, and other media than gaming. It’ll be available for $150 for the 32 GB version or $200 for the 64 GB version on Black Friday until December 2.

Facebook’s Portal is a 10-inch, touchscreen display that lets you video chat with friends and family through Facebook’s Messenger and WhatsApp–thankfully, they can use any device they want to communicate with you. The cool thing about the Portal is that the Smart Camera automatically follows your position by panning and zooming to get you in the frame. On top of all that, you can control your smart home and listen to music with Alexa support as well as display photos while you’re not talking to anyone. For Black Friday, the Portal will be $130 until December 2.

The Portal Mini is exactly like the regular Portal–except it’s mini. The eight-inch Portal does everything the 10-inch does, including the Smart Camera movement, Alexa support, and photo display. And until December 2, it’ll cost $80.

The Portal TV plugs into your television, turning your television into a Portal device. It also gives you the ability to watch and listen to streaming services like Prime Video, CBS Access, and Spotify. Like other Portal devices, it features the Smart Camera, Alexa support, and more. It’ll cost $100 during Black Friday until December 2.

The Portal Plus features everything the other portals do except with a much bigger, 15.6-inch 1080p screen. It also comes with two 20w speakers that offer richer sound than the other Portal devices. For Black Friday, it’ll cost $250 until December 2. 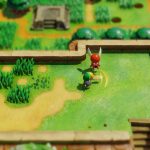