Locomotion is one of the most critical areas to nail in a Spider-Man game. Swinging between the skyscrapers of New York, feeling that rush of inertia as the webslinger hurtles through the air at dizzying speeds, is one of the core tenets of the Spidey experience. And from the brief hands-on we had at E3 2018 with the new Spider-Man game that’s coming exclusively on the PlayStation 4, it seems like developer Insomniac Games has nailed that swinging feeling.

During our demo, we were able to freely roam around the open environment of New York city, traversing the world and getting into the occasional scuffle to get a feel for how Spidey moves in this new game. And I was immediately struck by how easy it was to keep moving as the ol’ webhead. Swinging between buildings was as easy as holding down the R2 button, while tapping X would give Spidey a speed boost for even quicker traversal. And while this game does require buildings or other objects for Spidey’s webs to attach to (so no off-screen magical walls that Spidey’s webs will always somehow find), finding yourself in an area with no buildings (such as a park) doesn’t mean you’ll have to run on foot. The R2 button in this case acts as the “Go” button, with Spidey automatically webbing to a distant object and propelling forward, which makes sure he never really slows down if you don’t want him to. But if you did want to stop and get your bearings, tapping both shoulder buttons will make Spider-Man find the closest street light, flagpole, or other perch to temporarily park and view his surroundings.

Combat, too, seems similarly intuitive. Primarily, Spidey has an attack button, one for web attacks, and a dodge, which when used in conjunction with the hero’s spider sense going off (signified by the white halo appearing around Spidey’s head), allows for all of the balletic moves Sony has been showing off in earlier trailers for the game. Taking on a few bad guys was no sweat–while swinging through New York I stumbled across some jewel thieves breaking into a store, and it was easy to make quick work of them.

Things got a little tougher when I took on some of the Kingpin’s goons at the top of a building site. These guys packed more serious hardware, including sniper rifles and rocket launchers, and I was forced to continually move and dodge in order to stay alive. Combat is spiced up with the inclusion of environmental objects that Spidey can use as makeshift weapons–by pressing L1 and R1, Spidey would web an object (such as doors or manhole covers) and swing them around to clear enemies.

Before finishing my brief time with the game, I stumbled across a bank where Spidey baddie Shocker was robbing the vault. This boss battle took place indoors, and I needed to web sling huge chunks of debris to throw at Shocker (because of their weight, Spidey needed to throw several webs at the throwable object, which meant timing was key to make sure Shocker didn’t throw a concussive wave at Spidey while he was still webbing). Unfortunately, while I didn’t manage to get past Shocker in this demo, it did give me a great sense of how boss fights would feel in this game. That, plus the impressive feeling of inertia and the fluid nature of combat, has me in high hopes that Insomniac’s take on Spider-Man may be one the best game experiences we’ve had with the webslinger. We’ll know for sure soon enough, with Spider-Man set for release on September 7 this year. 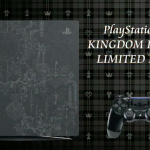