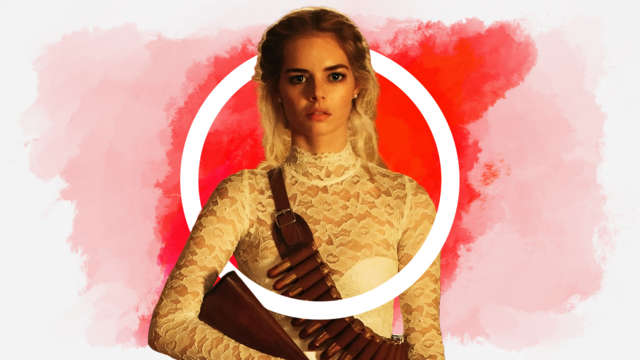 Don’t worry, horror fiends, we didn’t forget about you this year. In fact, horror had one of the strongest showings of any genre in 2019, and we have 12 selections from just about every subgenre to prove it, from hilarious black comedies like What We Do In The Shadows to the visceral psychological terror of Midsommar and everything in between.

And while you’re gathering your nerves to dive into some of the year’s biggest fights, don’t forget to check out our favorite movies, tv shows, and anime as we wrap up our year end coverage.

Don’t see your favorite horror movie or show on the list below? Let us know in the comments what your top picks were!

Ari Aster had a lot to live up to following his debut feature, Hereditary, which managed to be one of the most horrifying movies of 2018, but somehow Midsommar managed to pull it off. With a stunning, gut-wrenching performance by Florence Pugh, Midsommar threaded the needle between drama and horror in a way that both thrilled and terrified us, and it all culminated into one of the most absurdly satisfying (and brutal) endings of the year. We can’t wait to see what Aster has up his sleeve next. — Meg Downey

Jordan Peele’s follow-up to Get Out was a departure as Us delivered both very real and very unreal scares over the course of the movie. The first half of the film revolved around a family being terrorized by a family in red jumpsuits that looked just like them as they raced around their home to avoid being slaughtered. From there, the film introduced an underground world where doppelgangers live as they rise to the surface and commit heinous crimes on humanity. The combination of a home invasion movie and the world-building from the world of the tethered is an interesting mix, but it works exceptionally well, as the audience has no clue where the movie will head next. Peele’s voice is bringing in a whole new era of horror, and we can’t wait to see where his vision takes us next. – Mat Elfring

Robert Egger’s debut movie The Witch was one of 2017’s most acclaimed horror movies, and with The Lighthouse he went further into the realms of dark, weird period madness. Shot in stark black-and-white with vintage lenses to truly evoke the era, it starred Willem Dafoe and Robert Pattinson as two 19th century lighthouse housekeepers who find themselves going slowly insane over the course of a long winter. By turns scary, bizarre, hilarious, shocking, and weirdly moving, the potent atmosphere and incredible performances from its two leads make for utterly compulsive viewing. – Dan Auty

Happy Death Day was one of the smartest, funniest horror comedies to come along for some time, and full credit to the makers of the sequel for not simply repeating the formula. While Happy Death Day 2U is still basically a horror version of Groundhog Day, it’s actually as much a sci-fi movie as a slasher film, as student Tree and her friends attempt to find out why they’ve been thrown back into the loop that sees a killer picking them off each day. Jessica Rothe gives another fantastically engaging lead performance, and the film finds time for some genuinely emotional moments amongst all the time-jumping mayhem. – Dan Auty

Adapting Stephen King’s sequel to The Shining as a film provides all sorts of interesting and complicated challenges, and Mike Flanagan was happy to rise to the occasion. What could have easily been a car crash of conflicting ideas on “canon” between Kubrick and King wound up being the perfect love letter to both incarnations of the story. Doctor Sleep was a thrilling, surprisingly heartwarming look at the aftermath of trauma, the process of healing, and the legacy of one of the most celebrated horror stories of our time. — Meg Downey

Just when you thought that zombie movies and TV shows were running out of ideas, along comes One Cut of the Dead. This Japanese hit takes an inventive approach to the genre and stands as one of the funniest, cleverest, and most enjoyable examples for years. It’s one of those movies that it needs to be seen with little prior-knowledge going in; suffice to say that what you think you’re watching in the first 30 minutes–a one-take horror movie about a group of filmmakers being attacked by zombies–soon turns out to be something else entirely. There are some wonderful performances throughout, and a level of infectious joy in watching the storyline unfold so skilfully. It’s now available on the horror streaming service Shudder, and is highly recommended. — Dan Auty

The Conjuring universe is undoubtedly one of the most consistent franchises in horror movie history, and the latest entry, Annabelle Comes Home, doesn’t break that trend. The third Annabelle spin-off takes place somewhere in the larger Conjuring timeline, and exactly where doesn’t really matter–you don’t have to know much about the Warrens to appreciate this haunted house full of scary trinkets that terrorize a young girl and her babysitters. ACH is reliably scary, brimming with tense atmosphere and jarring jump scares, with excellent performances from its small cast and several intriguing additions to Conjuring lore. For those who enjoy these movies, Annabelle Comes Home is yet another predictably fun, popcorn-throwing scare fest. – Mike Rougeau

Ready or Not isn’t a straight-up horror film, but it contains all of the tropes you’d see in a movie in that genre. The movie follows a woman who marries into a wealthy family and must play a game of hide and seek on their wedding night. However, this is a deadly version of the game, where the family is trying to kill the bride. Where Ready or Not shines is in the fact that it steps away from traditional horror by mixing things up: the hero of the story has a backbone, the villains can be bumbling fools at times, and the ending comes completely out of left field. While there is a comedic slant to the movie, it doesn’t let the humor overshadow the story, which ultimately is very intense. Ready or Not is a weird and wild movie that ends up being a lot of fun, and we could all use a little bit of fun in our lives. — Mat Elfring

Horror TV shows have gravitated towards anthology series recently. With shows like Channel Zero, American Horror Story, and Castle Rock, fans find self-contained stories within a season to be the most appealing. However, the streaming service Shudder did something different this year with its series Creepshow. Each episode consists of two stories by two different directors offering up a variety of stories and elements of horror. Because of the various voices lent to each episode and story, there is something for every horror fan on Creepshow. From gore-driven stories to terrifying monsters to atmospheric scares, there is nothing more dynamic in horror right now than Creepshow, and we couldn’t be more excited for Season 2. – Mat Elfring

The Dead Don’t Die isn’t so much a scary horror movie, as it is one to simply sit and marvel at. That director Jim Jarmusch (Broken Flowers, Stranger Than Paradise) wrote and directed a zombie movie at all is a wild thought. That he cast Bill Murray, Adam Driver, and Tilda Swinton as the leads is magical. This movie is simply a mundane, yet very funny look at zombies invading a small town. It’s not big on jump scares and the gore is pretty minimal. However, what this movie does is take the horror genre and turn it on its head, instead presenting a quirky independent comedy set against a horror backdrop. It’s fun, not at all what you expect, and is strangely fulfilling to watch. – Chris Hayner

Is it horror? Is it a comedy? Is it both? What We Do in the Shadows is one of the absolute funniest shows on TV. And while it can get pretty scary, this is a show at its best when it’s deconstructing horror conventions and the very idea of vampires–which is does flawlessly. Plus, any show that can manage to get Tilda Swinton, Evan Rachel Wood, Danny Trejo, Paul Reubens, Kristen Schaal, and Dave Bautista into a single episode of TV deserves to be celebrated.

This is a rare show that–on paper–seemed like a risky bet. The original What We Do in the Shadows film is beloved and crafting some kind of sequel for cable TV could have gone horribly wrong. Instead, it’s turned into one of TV’s most endearing comedies that also happens to play heavily in the horror space. – Chris E. Hayner

Unlike most Stephen King adaptations, Castle Rock doesn’t just take one of his novels and pull it into a different medium. Instead, the series remixes different places, ideas, plots, and characters into something new–a sort of alternate universe take on well-known King elements. The first season of Castle Rock struggled a bit under the weight of its references, but the second season has come back to the same idea with renewed vigor, thanks largely to a phenomenal turn by lead Lizzy Caplan.

Caplan takes on the role of Annie Wilkes, the role originated by Kathy Bates in Misery, but gives the murderous romance novel superfan a new spin in the Castle Rock-adjacent town of Salem’s Lot. Focusing on Annie and her daughter makes for a great new take on a famous character, and Castle Rock adds a whole lot to the mix with a subplot about the local politics of Salem’s Lot. This season of Castle Rock doesn’t just reference well-known ideas from King’s books, like a town taken over by vampires and a writer-obsessed nurse losing her mind–it works those elements together to make something surprising, new, and frightening. The second season of Castle Rock sees the Stephen King anthology show finally attaining its goals, thanks to a great cast and a wealth of smart twists on King’s stories. – Phil Hornshaw 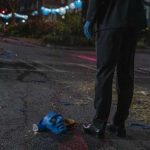 The Best Superhero Movies And Shows 2019